August 15, 2004
The following picture was taken in Mandalay on July 30, 3:44 PM Burmese Standard Time. That's a university building on the water due to the recent flood. Photos by Wo Le. 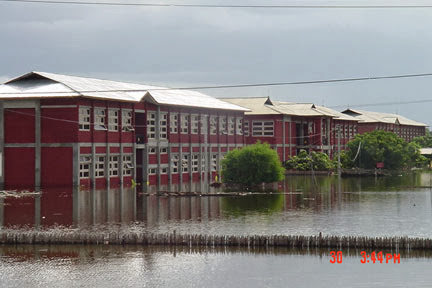 This is a picture of an old Lisu lady from Mogok in the northern Burma. Mogok is the city of gem mines. It is also called the land of rubies. Lisu is hill-tribe people who live in Burma, China and Thailand. 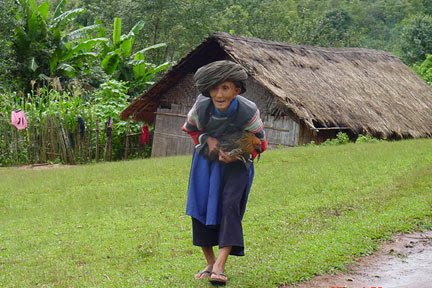 The following is a beautiful scene of Mandalay. The moat surrounding the Mandalay Palace. 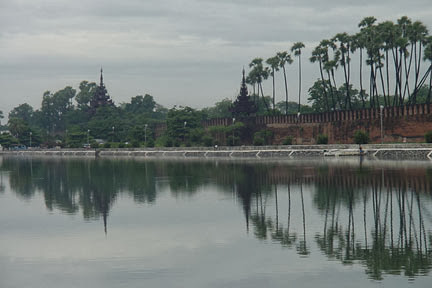